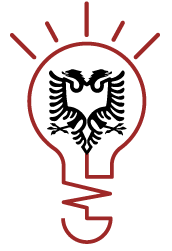 Tirana is the heart of the economy in Albania .It is the most industrialized city in Albania and home to much of the country’s economic activity. The city’s center is a mere 20-30 minute car ride away from the international airport which means that Tirana is particularly well connected to the rest of the European countries and worldwide. Tirana’s population is booming and it houses many skilled workers as many post university students choose to move to Tirana. Tirana is also a cultural center where music, media, fashion, arts and cuisine meet to make Tirana an unforgettable city. There are 906,166 people currently living in Tirana county.

Durres leads the Albanian economy in transport connections. The port of Durres is one of the largest on the Adriatic sea and it connects Albania to neighboring countries particularly Bari, Italy and Western Europe. It plays an important role in the transportation of goods because it ensures that transportation is low-cost and efficient. Durres is also characterized by beach tourism and urban development. It’s famous for its beautiful beaches and delicious seafood. There are 290,697 people currently living in Durres county.

Elbasan is the former industrial capital of Albania. Industry is the legacy of Elbasan, with many people having seen and being raised believing that industry reflects good work. The existence of industry in Elbasan means that there is particular land in Elbasan that has been zoned for rebuilding industry and factories that may be repurposed. Elbasan’s location is an important strength because it stands near well-developed infrastructure such as roads that lead into neighboring countries. This allows for shipment of goods to be fast-paced and effortless. Elbasan is characterized by its architecture especially in religious buildings such as its churches and mosques. These buildings have become important religious and cultural buildings where art and language have flourished. There are 266,245 people currently living in Elbasan county.

Vlore is one of the most culturally and economically significant cities of southern Albania. It is the third most populous city in Albania and it is fastly becoming a popular summer destination in Europe. Tourism is a major industry with the city providing beautiful beaches, great climate, trendy hotels and delicious food. In terms of production, Vlore’s geographical location would be considered an important asset. Vlore is served by the Port of Vlore, the SH8 highway and the A2 motorway which means easy access to different corridors such as the Adriatic-Ionian corridor to facilitate easy movement of products. It has been announced that Vlore will house a third airport in Albania which would be a great asset for movement. As of 2020, there are 188,922 people living in Vlore county.

Korce is the largest city of eastern Albania and it holds significant historical ties to Albania’s market history. There are 204,831 people living in Korce Country. Local industries in Korce include the manufacture of rugs, textiles, flour-milling etc. According to reports, Korce has one of the lowest unemployment rates in the country and its proximity to Greece makes it so that movement of products from Albania to Greece would be easy and time-efficient. In the cultural realm, Korce is known for its cultural metropolis, its museums and the cobblestone architecture.

Shkoder is one of the oldest cities in the Balkans and one of the most important cities in Northern Albania, economically, religiously and culturally. It is considered a major city due to its strategic position. It is tied to land-routes to important cities in neighboring regions such as Montenegro. It is also close to the Adriatic Sea and the Italian port cities. The main activities of industry in Shkoder have been the processing of tobacco and the manufacture of cigarettes as well as the production of preserved foods, alcoholic drinks and other foods such as pasta, rice and vegetable oil. Shkoder is also surrounded by a large variety of natural/cultural elements such as the lake of Shkoder and castle of Rozafa.

Berat is located in the south of the country and there are 122,003 people living in Berat county. It is one of the main cultural centers of the country and it was designated a UNESCO World Heritage Site in 2008. It presently houses the military industry within Albania and due to the historical sites, it is becoming a fast developing tourist destination. Berat is known for its architecture, oftentimes being called the “Town of a Thousand Windows” due to the large windows of the old houses that overlook the town.

Fier is located in the center of Albania, 100 km south of Tirana. There are 120,655 people living in Fier county. Fier is an important industrial city as is the center of oil, bitumen and chemical industries in Albania. Fier is also important because the Trans Adriatic Pipeline will be crossing Fier with a pumping station being built there. This shows an open road to investment. Fier is also close to the Adriatic Sea which makes it that much more important as it allows for easy access to movement of products.

Gjirokaster is located in southern Albania and it is also a UNESCO World Heritage Site. Gjirokaster is a commercial center of the production of foodstuff, leather and textiles. The Greek border is 30 km to the south of Gjirokaster which means that it would be really convenient and quick to get to Greece. Gjirokaster has been nicknamed “City of Stone” because of its distinctive architecture. There are many buildings preserved as “cultural monuments” in Gjirokaster which makes for a beautiful place to visit.

Diber is located in northeastern Albania and there are currently 115,857 people living in Diber county as of 2020. Diber borders North Macedonia and there is often a lot of interaction across the national border. It is geographically beautiful, housing the tallest mountain in Albania, Mount Korab. Diber is also home to the Lure National Park and Drin river.

Lushnje is a city in west-central Albania. It is part of the county of Fier whose population is 289,889. Lushnje is an important city because it is located in the Myzeqe region which is plain in the Western lowlands of Albania. It is known as a main provider of agricultural products, not only to the rest of the country but also to other European countries. Lushnje used to be home to different factories for paper, plastic and food processing. They are not currently active, but some of them still exist which would be useful for easy repurposing and rebuilding.